A 26-year-old Warmblood mare presented for progressively abnormal behavior of five months duration. The mare has always been opinionated and had a history of kicking fences. She was previously used for eventing before suffering a 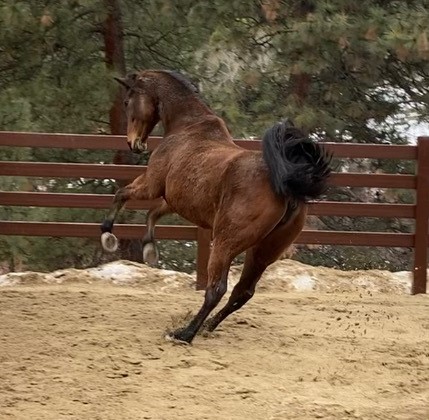 career-ending injury in 2011 where she kicked a fence and sustained a superficial digital flexor injury and septic pastern joint.

Five months prior to presentation, she was moved from the boarding barn to the barn on her owner’s property. The two properties are adjacent, and the mare had lived in the area since 2013. After the move, she began showing anxious and aggressive behavior in her stall and towards her owners and barn mates, and developed fecal water with intermittent soft manure. She had daily pasture turnout, but after about 2.5 hours, would gallop around the field, work herself into a sweat, neigh, and would run into fences, kick fences, or kick her turnout mate. These episodes were being managed by limiting her pasture turnout to 2 hours daily, trying different stall assignments between the horses, and acquiring a mule to hopefully bond with her, which she reacted to poorly initially but has started to warm up. She had also previously failed trials of phenylbutazone, gabapentin, firocoxib, trazodone, Shen Calmer, 1 and Liver Happy. 1 She underwent various diet changes and supplement trials over the last few months.

She had a history of granulosa thecal cell tumor with subsequent right-sided ovariectomy in 2007, several mild colic episodes over the last few years, and Pars Pituitary Intermedia Dysfunction (PPID) diagnosed in 2021 and controlled with pergolide.

She was sensitive to touch of her chest and hypochondriac region and had previously bitten the owner for touching these areas. She had a picky appetite and showed recent weight loss despite additional supplementation.

The mare was an unbalanced Wood constitution, with strong opinions and tendency towards aggression. Her conjunctiva were red, her ears were 3-fingers warm, and her body was warm. Her tongue was red and purple in the Liver position, and her pulses were wiry and weaker on the right. She was sensitive on palpation of her chest and hypochondriac region, as well as 3+ sensitive bilaterally over BL-18 and BL-54 on acupuncture point scan. She was diagnosed with Shen Disturbance due to Liver Qi Stagnation leading to Liver Heat, as well as secondary Spleen Qi Deficiency due to Wood Overcontrolling Earth. 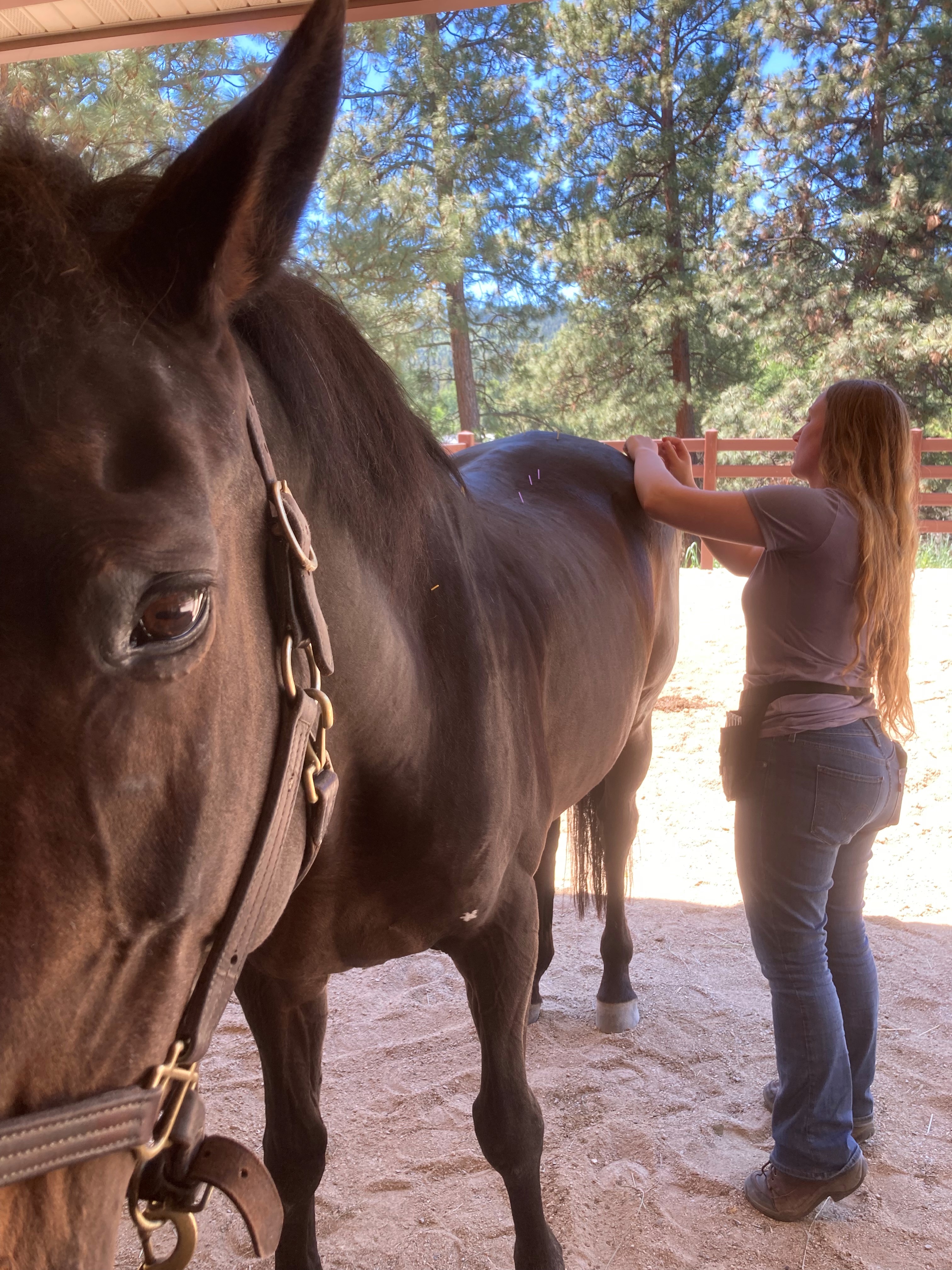 Follow up acupuncture treatment was recommended, and continuation of Xiao Yao San1 for 4 weeks past resolution of clinical signs.

This mare is an example of environmental stress unbalancing a Wood constitution mare resulting in Liver Qi Stagnation. Over time, the Liver Qi Stagnation condensed into Heat and disturbed the Shen, and also overcontrolled the Earth element, resulting in Spleen Qi Deficiency. This interaction between the elements is what was responsible for her decreased appetite, weight loss, historical colic episodes, and loose manure.