One of the objectives of the WATCVM is to assist in incorporating TCVM and Integrative Veterinary Medicine (IVM) as a part of veterinary curricula around the world.  WATCVM supports these efforts by (a) assisting veterinary students as they start TCVM student clubs, or work with existing IVM or Holistic clubs, to introduce acupuncture (ACP) and offer hands-on ACP demonstrations, (b) by delivering presentations on IVM to illustrate the importance of TCVM to vet college students, faculty and staff, and (c) by working closely with faculty advisors of the clubs to ‘create’ a favorable environment for TCVM and IVM teaching at veterinary colleges.

Soon after the inception of WATCVM in 2013, Dr. Mushtaq Memon, WATCVM Executive Director visited the first veterinary college at Iowa State University (ISU) in 2014.  ISU’s Veterinary College was founded in 1879 as the first public veterinary college in the US. ISU has old connections with TCVM.  Dr. Jiang Cisheng (1914-2004) was a well-known professor and TCVM expert in China, holding the second highest national position of his time.  He was the first Chinese citizen to be sponsored by the Chinese government to travel to the US and learn veterinary medicine. Dr. Jiang received his DVM from ISU in 1948, before the Cultural Revolution was led by Chairman Mao in 1949.

ISU also has a special place in Dr. Memon’s heart as he landed in the US from Pakistan in 1975 and began his studies at ISU. 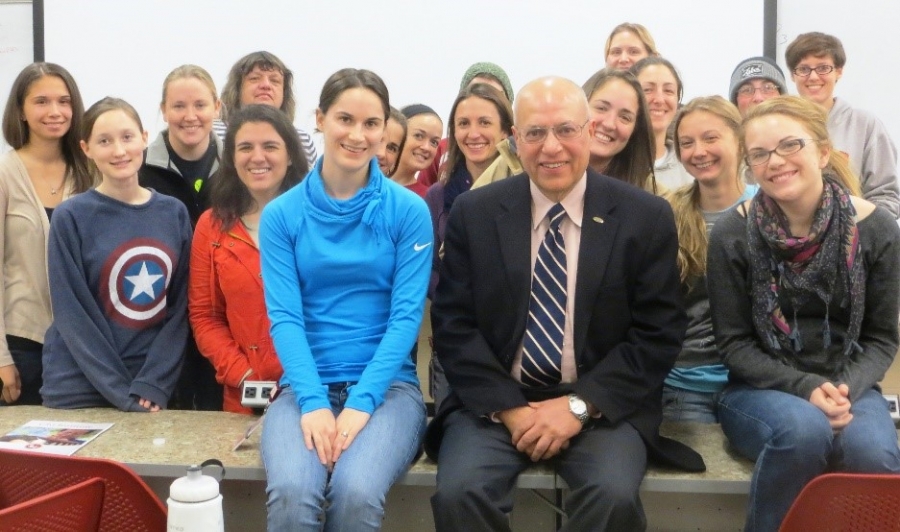