May: Time is of the Essence

There are days where it seems times flows too quickly or to slowly. Some days feel as thought here are not enough hours, while other days seem to have too many. Humans and animals both have internal clocks, and likely you’ve heard the phase ‘biological clock’ which refers to the circadian rhythm of the body which informs the inner body to do specific tasks at certain times of the day. 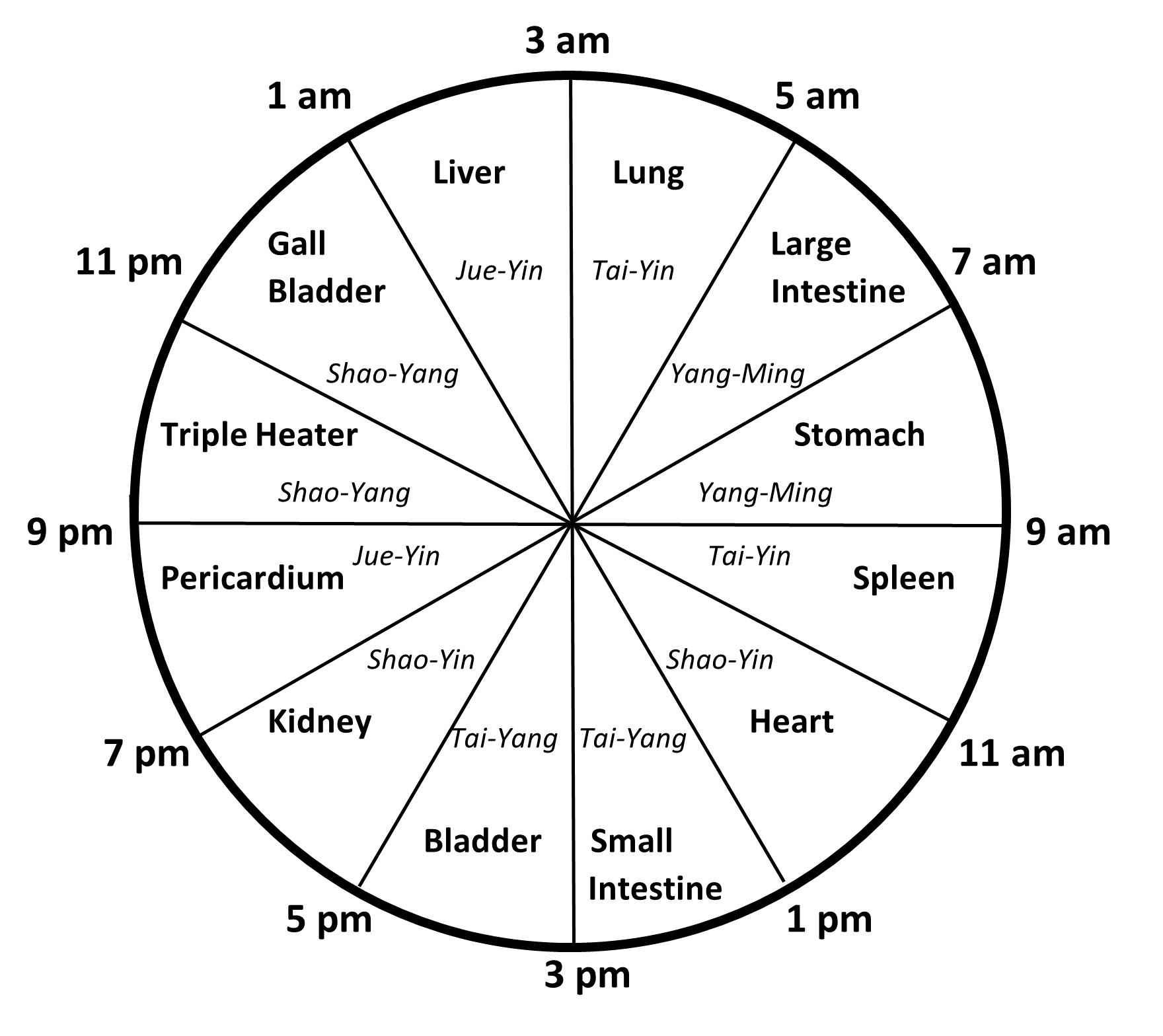 Qi is constantly and endlessly flowing through the 12 main channels. It is present in each channel in its greatest amount for two hours each day.  So, according to the Nei Jing Su Wen, it completes its cycle through all 12 channels every 24 hours.  This is also known as the Ying Qi cycle. The Qi flows throughout the day, growing in amount in each channel in a specific order, following this circadian rhythm colloquially called the biological clock. Different symptoms in a patient occurring at a specific time can be used to assist with a TCVM diagnosis, such as waking each night restless between 1 am and 3 am which is the time of the Liver.

The flow of the Qi energy dominates each channel for two hours. It goes from wife to husband, husband to wife, starting at the Lung Channel at 3 am. From there it goes from the wife Lung (thoracic Yin) to the husband Large Intestine (thoracic Yang) before continuing to husband Stomach (pelvic Yang) to wife Spleen (pelvic Yin). This pattern continues throughout the day, and repeats every 24 hours. 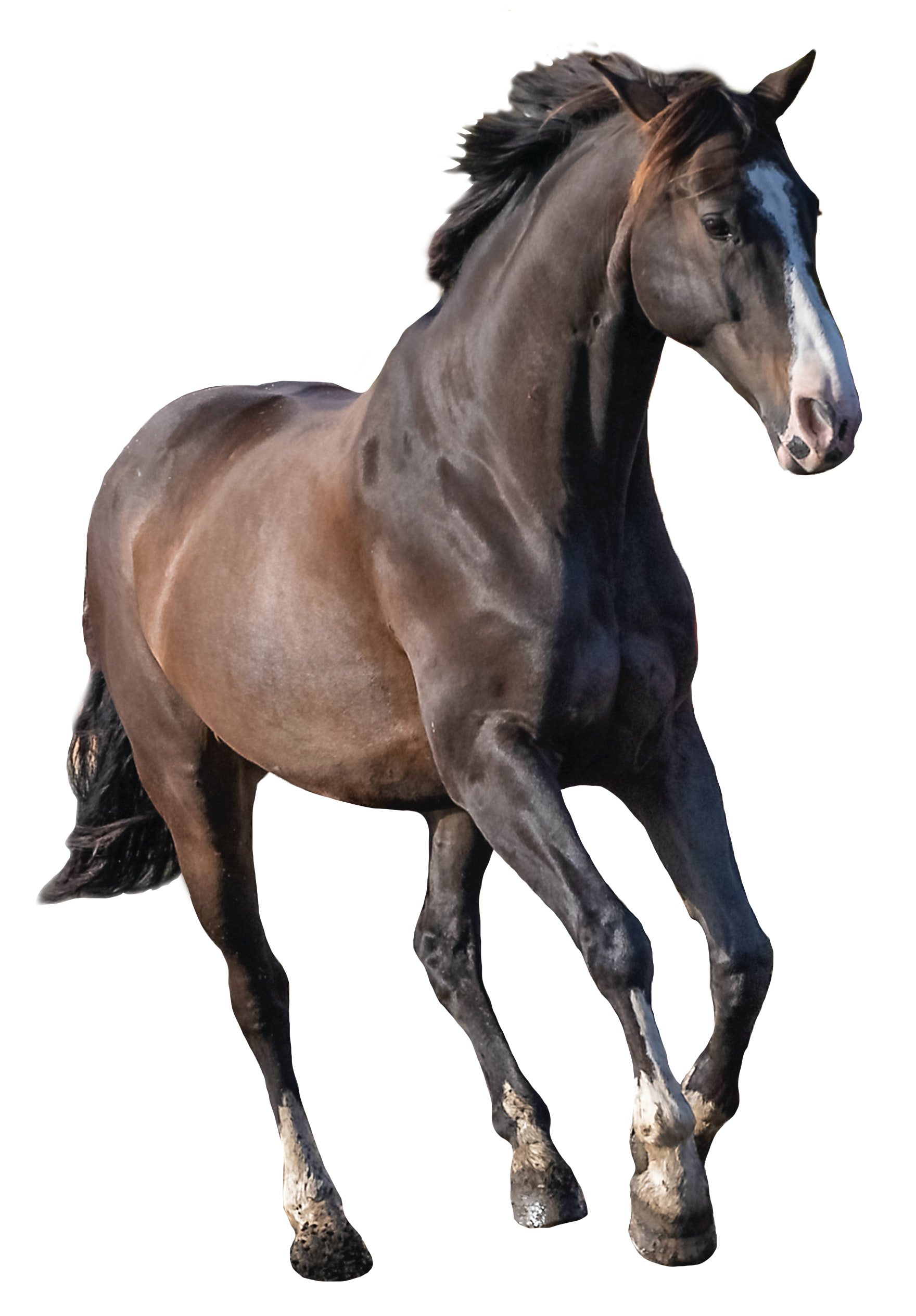 This patient developed a chronic cough.  Initially, the cough was seasonal and worse in the Summer.  Recently, the cough is present from Spring until mid-winter. Additionally, the mare demonstrates some degree of exercise intolerance. There is minimal nasal discharge but it is sticky. Even at rest there is an increase in her respiratory rate. She now demonstrates a “Heave” line. The owner has been treating her by managing her environment to reduce molds, wetting her hair and has been managing her condition by utilizing oral prednisolone.

The patient demonstrates a chronic cough which is worse at night. The cough is dry. The mare has a good appetite. She still has trouble maintaining her weight.  Her stools occasionally can be somewhat dry. Her hair coat is slightly dull.  Her nares flare even at rest with inhalation. Her ears are 3 finger warm.  She demonstrates a “Heave line” along her ventral edge of her ribs. 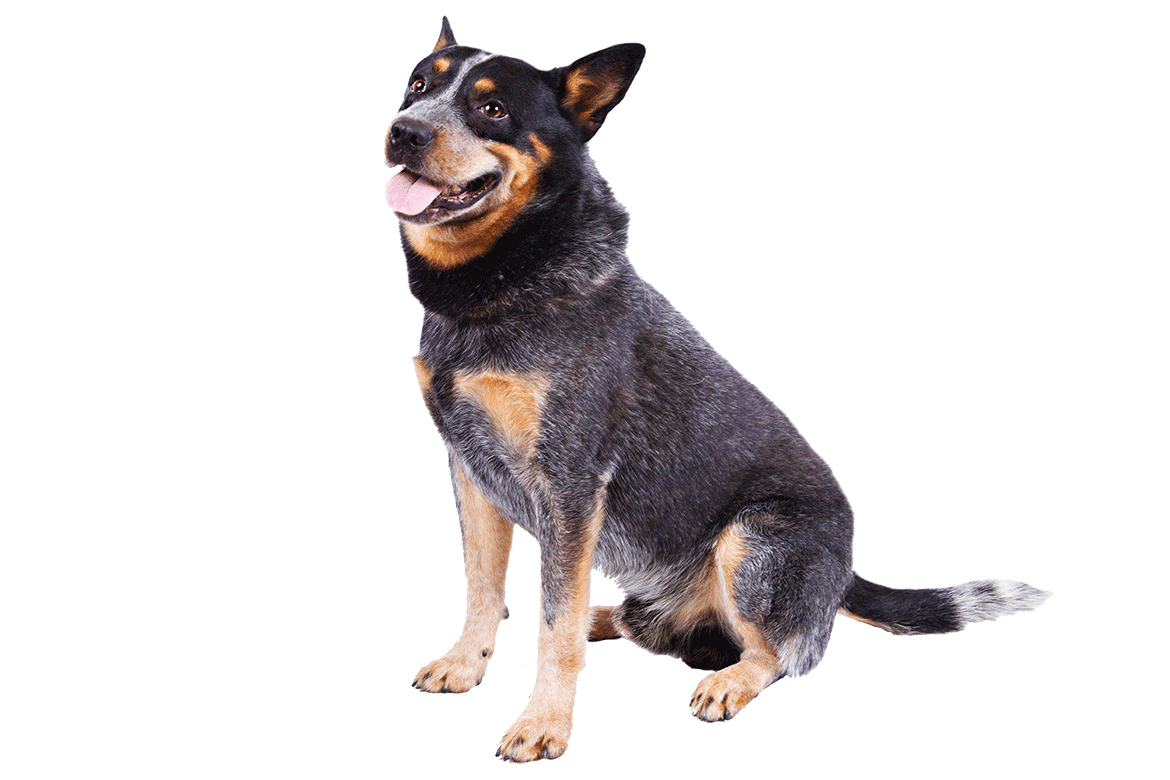 The patient was recently rescued through a local shelter.  Shortly after coming into the home the owners noted that the pet would awaken every night at 1am, restless.  Offering water and allowing the pet to go outside to urinate and defecate did not alleviate the restlessness. It was also noted that the pet would occasionally vomit a small amount of billous fluid in the early am before breakfast.  While always happy to see the owners, he was beginning to behave in a more aggressive manner with visitors.

Bright, alert and responsive. The pet was in good flesh (BCS 5/9).  There was slight discomfort on palpation of the abdomen in the flank region. Stools were formed but had a very strong smell.  The patient also had a sour odor to his breath.

Tongue: Red, especially along the edges.

*aquapuncture with vitamin B-12 3ml bilaterally