One year and 5 month old canine, cocker spaniel, neutered, with 10.8kg of body weight, was presented at clinic after a few hours of been reported as found unconscious and hypothermic (August 17th, 2015).

Owner related that around 5:30am patient was found unconscious, cold on extremities and surrounded by several amounts of vomit. Owner was suggested to come to the clinic as an emergency.

After two additional hours, patient was evaluated. Clinical signs were: low temperature (37.2°C), tongue with slight cyanosis and more salivation than normal, capillary refill time was increased to 3-4 seconds, heart rate was arrhythmic 60 beats per minute, with signs of recent vomiting, pupils were responsive to light and intestinal movements were absent

Catheter was place immediately and a blood sample withdrawal to have more specific signs of the patient.

Hematology and blood chemistry results were as shown on Table 1 and Table 2 respectively.

Temperature control was better every hour (Table 3). Patient started urination after four hours of fluid therapy and by this time was on sternal recumbency by himself, intestinal movements were present as well (5 hours after presentation at clinic).

After four hours of treatment patient recover conscious, urinated and was able to give a few steps then was release to go home only with Chinese herbal medication and low fat prescription diet.

Table 1. Hematology results of a canine after chemical poisoning.

Table 2. Blood Chemistry results of a canine after chemical poisoning.

Table 3. Temperature control of a canine after chemical poisoning.

As clinicians urge to educate clients about life threatening with chemical products close to their pets, may be families living in the city or at the countryside. This family lives outside the city, and was not able to identify specific product, plant or animal which could affect their pet. Pyrethrin intoxication was more likely in behalf of recent fumigation applied at the surrounding area. Clinical signs were treated conventionally only for one day then in behalf of the patient’s improvement, was release within one day, with Chinese Herbal medication and a liver support medication Proteliv®, but with a surprising rapid effect. Thus, Chinese herbal treatment can be used for support of critical cases and in this case, normal values of liver affection were achieved.

Since this incident, owners are more alert when fumigations of the area are done.

Benny, a male Golden Retriever, 11 weeks of age, ate a whole ring of a white caped mushroom as per observations by his owner.  (11/2/13) Within three hours, Benny was delirious running into things, appeared to be blind, and going into an almost clonic seizure.  At that time, the owner called.  With the history of a white capped mushroom ingestion, a presumptive diagnosis of a toxic ingestion of Amanita bisporigera, destroying angel. The toxin responsible for this is amatoxin, which inhibits RNA polymerase II and II, which suppresses RNA production and protein synthesis resulting in rapid cellular necrosis. This process results in severe acute liver dysfunction and, ultimately, liver failure.  Benny was hours away from any veterinary facility.  The owners were instructed to give a Milk Thistle, Silybum marianum, capsule every five minutes, and drive to nearest veterinarian facility.  (The owner had a bottle of Milk Thistle with her, brand unknown) Four hours later the owner arrived at an emergency center, but Benny had stabilized, and was only slightly ataxic.  All liver functions were within normal limits.  He was hospitalized, received supportive care.  The emergency hospital discontinued the Milk Thistle replacing it with synthetic Denemarin. The following day, he was discharged from the referral hospital, and brought in for an examination.  He was acting normal, but his ALT had increased to 39 U/L  (5-18).  His pulse was wiry, and rapid with a slightly red/lavender tongue.  He was restarted on Milk Thistle, Silybum marianum; 30 drops of a 1:5 tincture four times a day, with Xiao Chai Hu Tang (EG) ½ tsp twice a day.  It was felt that even though he was saved by the Milk Thistle, he had developed an obstruction in his Triple Heater.  Within two weeks, all liver functions were normal. 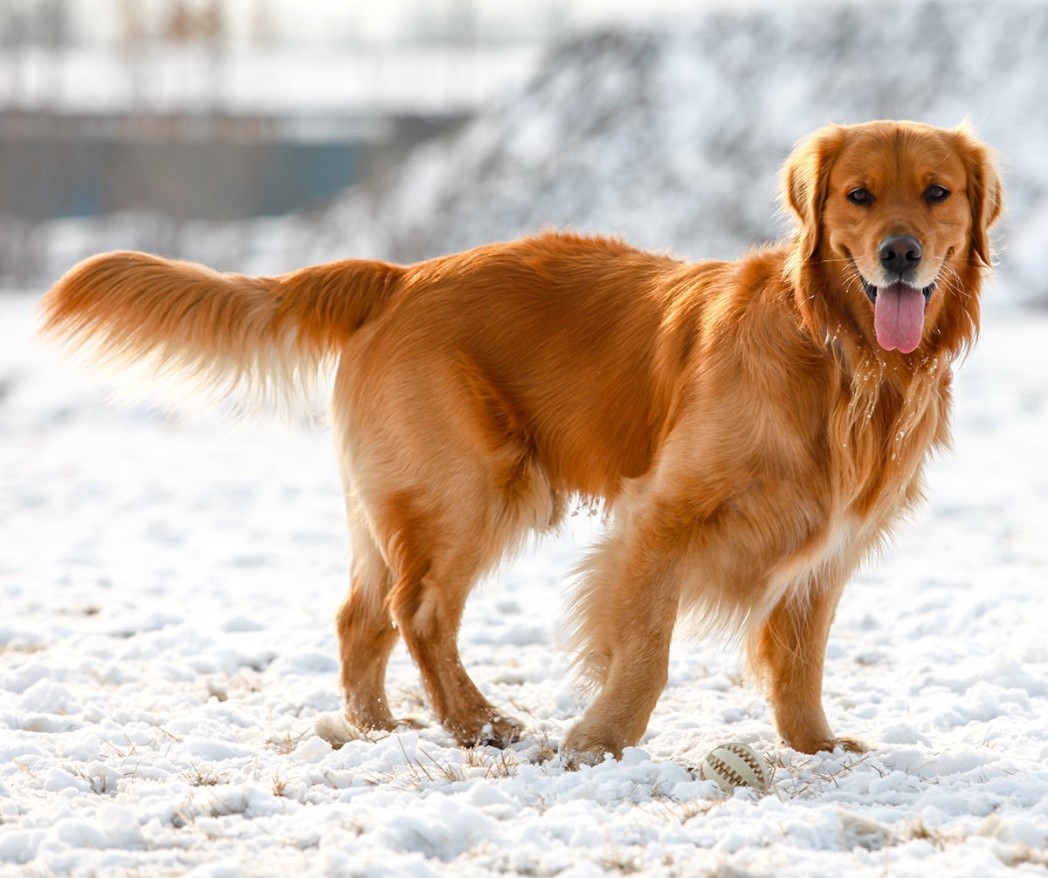 Integrative Medicine: TCVM and Rehabilitation in a case of a coral snake bite in a dog.

North American coral snakes are a distinctively colored beginning with a black snout and an alternating pattern of black, yellow, and red. They have fixed front fangs and a poorly developed system for venom delivery, requiring a chewing action to inject the venom. The severity of a coral snake bite is related to the volume of venom injected and the size of the victim. 26, 27

The length of the snake correlates positively with the snakes venom yield. Coral snake venom is primarily neurotoxic with little local tissue reaction or pain at the bite site. The net effect of the neurotoxins is a curare like syndrome. In canine victims there have been reports of marked hemolysis with severe anemia and hemoglobinuria. 40, 83

The onset of clinical signs may be delayed for as much as 10 to 18 hours. The victim begins to have alterations in mental status and develops generalized weakness and muscle fasciculation. 51, 53

Progression to paralysis of the limbs and respiratory muscles then follows. The best flied response to coral snake envenomation is rapid transport to a veterinary medical facility capable of 24 hour critical care and assisted ventilation. 74, 75, 83

First aid treatment advocated in Australia for Elapid bites is the immediate use of a compression bandage. The victim should be hospitalized for a minimum of 48 hours for continuous monitoring. 83, 106

If antivenin is not available or if its administration is delayed, supportive care includes respiratory support. Assisted mechanical ventilation can be used but may have to be employed for up to 48 to 72 hours. 75, 79

Acupuncture is a therapeutic system within traditional Chinese medicine characterized by inserting needles of different metals into specific parts of the body, called acupoints, in order to cure, relieve or eliminate pain. 1, 14, 25, 54, 90,107, 115

It is used in both human and veterinary medicine. In animals, these acupoints form currents of energy known as acupuncture meridians. These meridians constitute the basis of acupuncture and their description originated due to the knowledge of the topography of the acupoints. 35, 36, 42, 73, 80

They are situated symmetrically with respect to the sagittal axis of the body, and are found throughout the head, the trunk, the abdomen and the limbs, both in the anterior as well as in posterior part of the body, forming a closed system of circulation. 12, 107, 114 Each one has its own distribution, a specific energy timetable, and corresponds to an organ.7, 107, 114

The Renzhong acupoint (Jenchung, GV-26 or 26 Du in Du Mai Chinese) belongs to other governing meridian vessels (GV). In all species this meridian runs in the following directions: it begins in the coccyx and ascends the middle dorsal line to the neck. It then runs along the middle line in the head towards the forehead and the nose and the finishes below the upper lip. 7, 107, 111, 114

The structures found at the acupoints are not unique. Many of them are found in depressions situated in muscular zones. 43, 44, 45 These are areas of the skin containing a high concentration of nerve endings, nerve plexuses, mast cells, lymphocytes, capillaries and venules. 35, 37, 38

It has been suggested that the size of the acupoints is 1 mm2. Histologically, they have their own structure characterized by a thinning of the skin due to a modification of its collagen’s fibres of the dermis, this explains why they can be felt as a depression (She); they also present a spiral vascular network, surrounded by a dense network of cholinergic-type amielinic nerve fibres revealed that 80% of acupoints correlated with perforations in the superficial fascia of human corpses. A nerve vessel bundle and vessels penetrated the skin through these orifices. 42, 43, 44, 80

Studies carried out in cows 55, 73 and in dogs and cows 36, 112 have verified the correlation between acupoints and perforations in the superficial fascia by sensitive cutaneous nerves. 37, 38

Macroscopic examination of 27 points of the bladder meridian in a cow revealed much defined perforations in the thoracolumbar fascia through which nerve-vessel structures ran at 19 points. The remaining eight acupoints (B18-25) were situated at the entrance points of the middle cutaneous branch in the skin of the back of the animal. 36, 37

There were no perforations of the fascia, which was a new discovery. Fascia perforations with nerve-vessel structures were found at the five points of the gall bladder meridian, which were examined. 38, 37

Histologic examination revealed a special disposition of the connective tissue, surrounding the nerve, with concentric laminas and loss of connective tissue composed of fine fibres of collagen. 37, 111

A more compact sheath of connective tissue surrounded the nerve-vessel structure at the point where it perforates the fascia. 34 These results are valid for other points with reduced electrical resistance at the base of the teat. 73 A high concentration of mast cells was also found in the area adjacent to the point. 108

They consist of arterio-venous anastomosis in rings or spirals forming canals between arterio-venous, arterioles with ephiteloides cells on the walls and glomus. These glomus might be related to the conservation of the heat and temperature regulation. Other authors focus the subject on the components of the connective tissue, lymphatic vessels, arterioles and veins at the acupoints, describing vascular structures surrounding cholinergic amielinic nerve fibres. 100, 111

Research is showing that the Renzhong GV-26 acupuncture is not composed of a single structure. The loose connective tissue has a different spatial configuration to the rest of the skin. Thermo graphic studies in different species (Horses, dogs, turtles) show different patterns at the moment of their stimulation. 111, 112

A dog named Tiki was bitten by a coral snake. When we got the case the dog presented a paralysis of the muscles of the diaphragm and intercostal which prevented it from breathing on his own. The dog had been connected to an assisted ventilation apparatus for five days at ICU Service at the Veterinary Florida University Hospital.

It was decided to apply Integrative Medicine: TCVM and Rehabilitation techniques for his condition.

The selection of acupoints was made according to the Theories of Traditional Chinese Medicine.

We decided to start stimulating the acupuncture point GV- 26 and the response was excellent. Its breathing rate and heart rate improved, so we decided to stimulate other acupoints to carry on improving its condition. When Tiki started breathing on its own it was disconnected and we decided to start a rehabilitation protocol as it had been in a sternal recumbency posision for 5 days.

The protocol consisted of passive movements of the joints through active movements walker, water treadmill and other therapies through which we obtained a full recovery.

While considering that Integrative medicine: TCVM and Rehabilitation Therapy are difficult to perform because of its high complexity in diagnosis and the choice of appropriate protocols, the results showed to be an important therapeutic way in the treatment of Emergency case, especially in patients who had not responded to medical treatment. The combination of treatments showed to be safe and not have undesirable side effects and was therefore very effective.

.frequencies is mediated by different types of opioid receptors: another cross-tolerance study. Neurosci. 47: 143-149.