Meet Hot Rod, an energetic 1-year-old lab mixed. He was found injured in March of 2021and taken to the Humane Society where he had been for the past 5 months. Sadly, it is suspected his injuries came from either a hit by a car or abuse where he was then dumped. Hot Rod is very loving after he gets over his mild fear aggression. He is extremely loyal and doesn't much care for being told 'no', a typically hyper lab. He is being fostered by a tech vet who started working at the Humane Society in May of 2021, fell in love with him and will complete the adoption process once the Humane Society's veterinarian clears him for adoption. 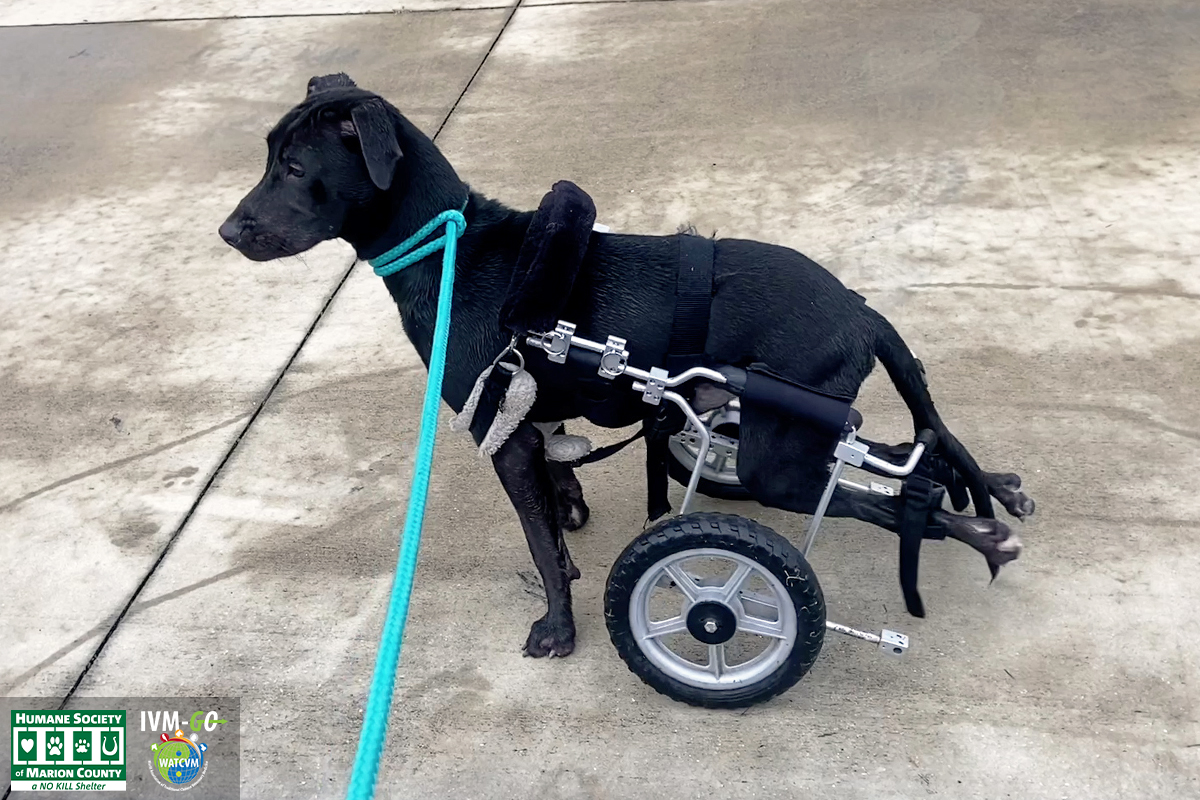 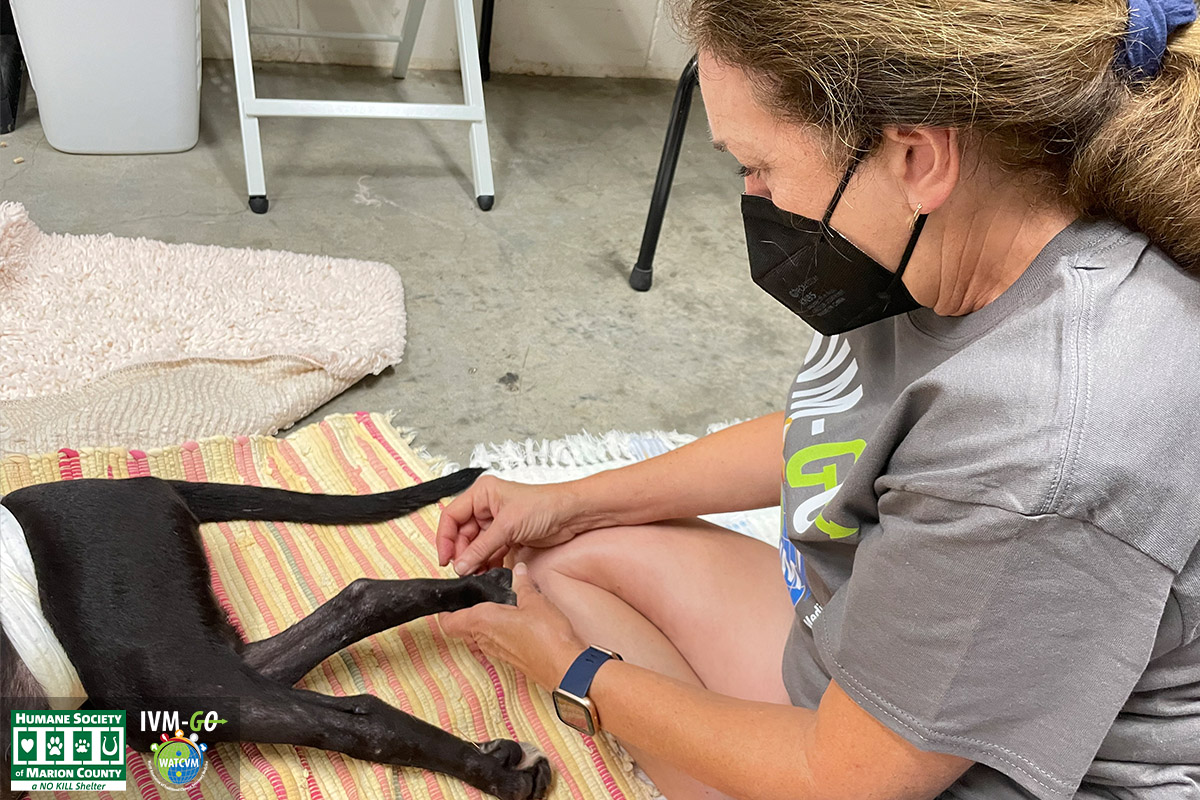 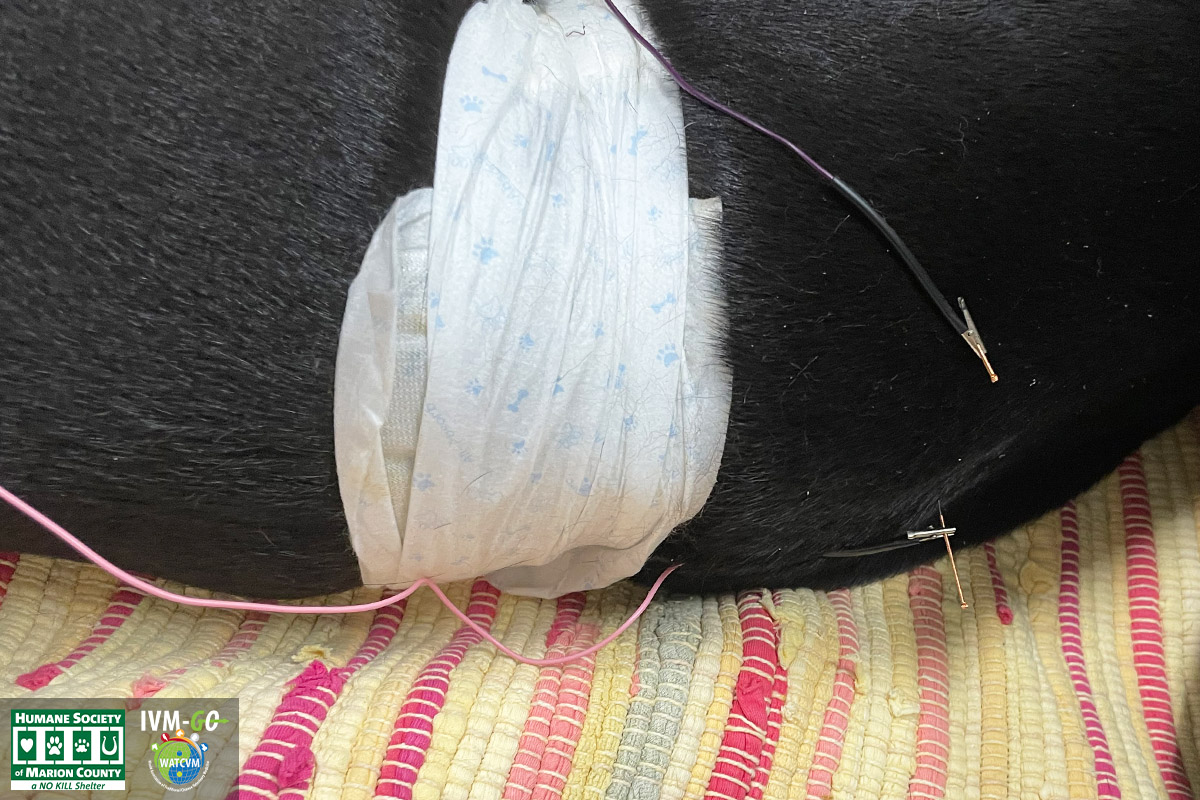 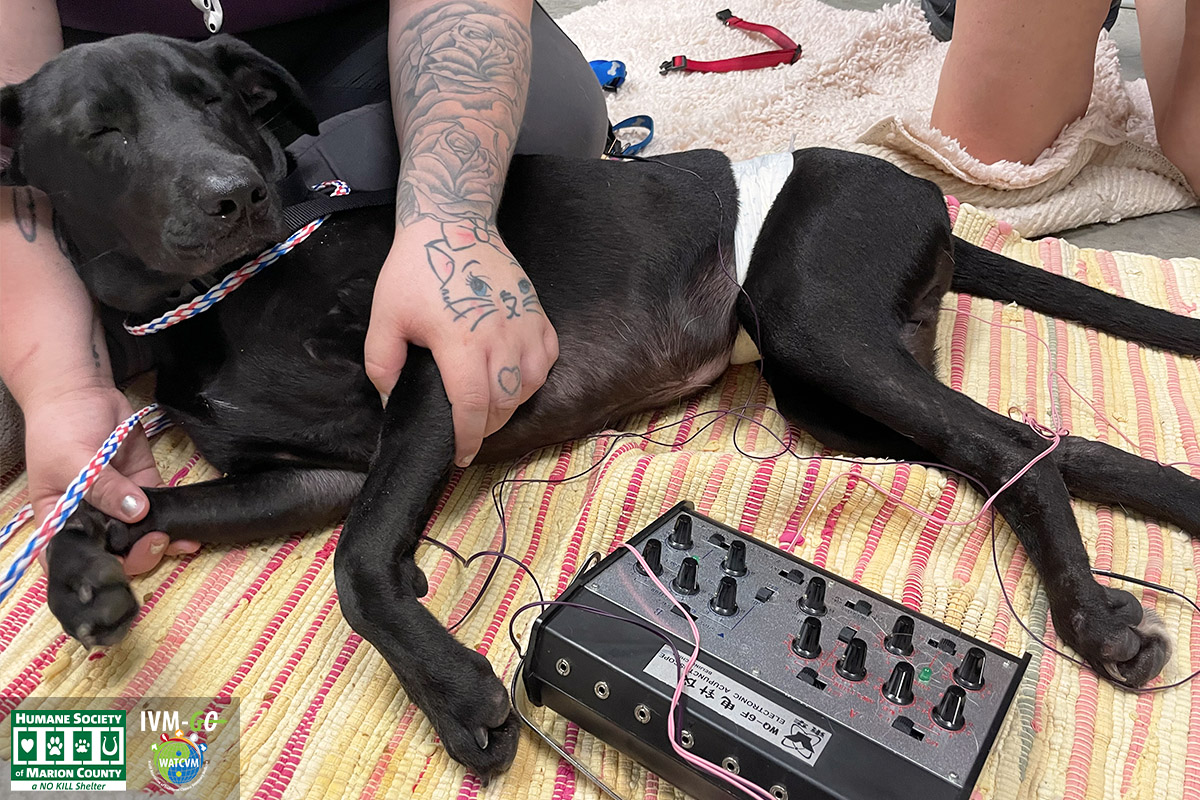 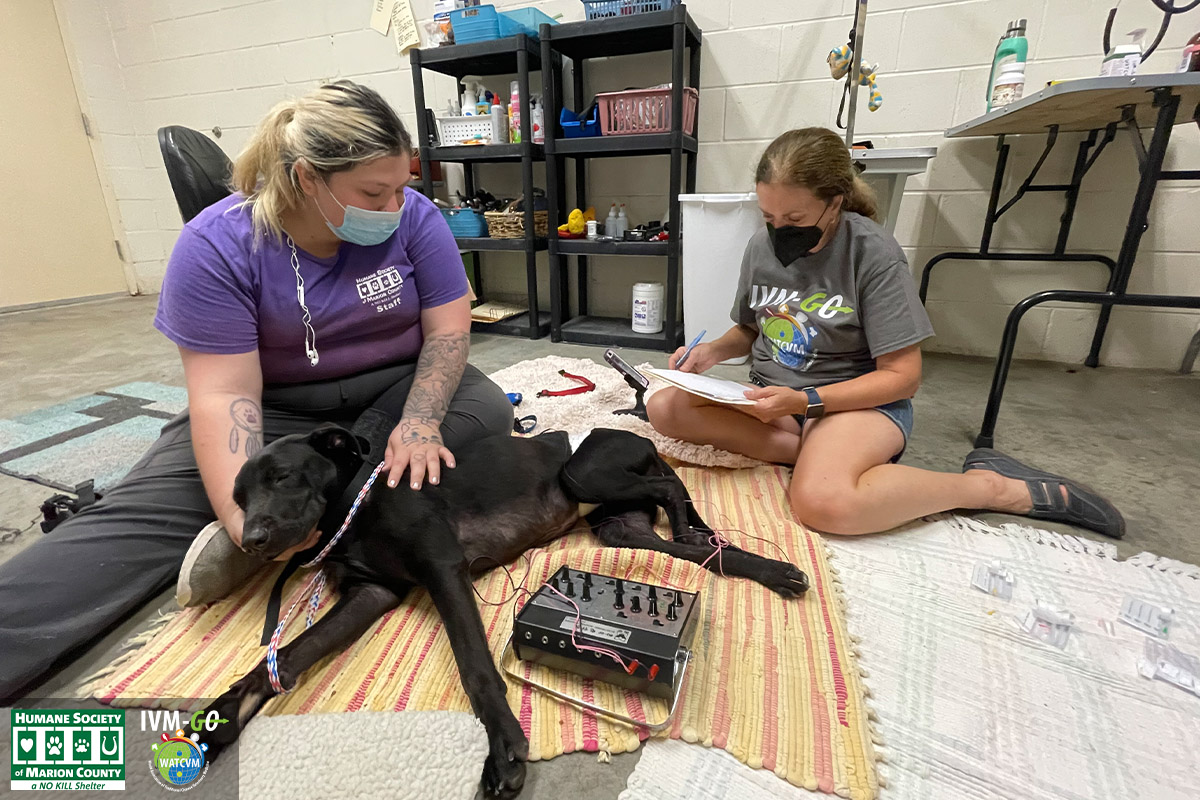 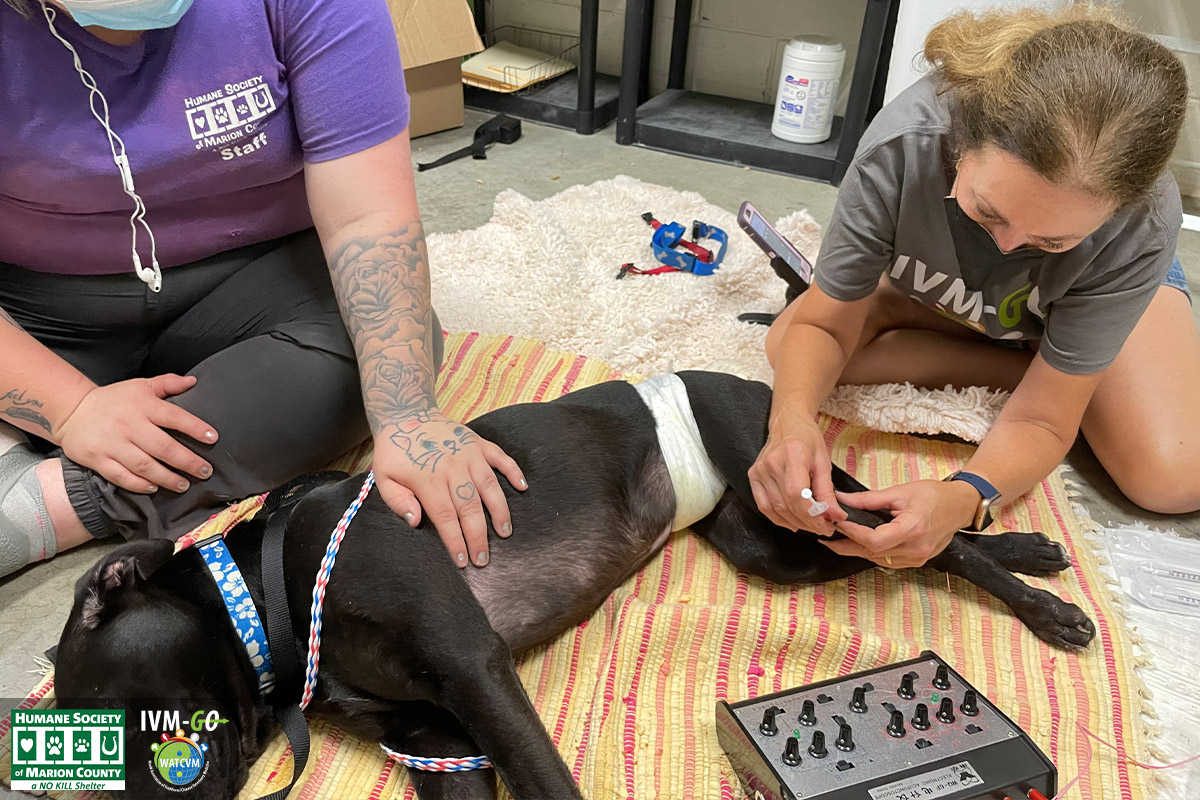 While Hot Rod sleeps Dr. Brannan works on his exam forms      Hot Rod doesn't even wake during his aqua-acupuncture

How are Conrad and Josie you ask?

Conrad was excited and started giving lots of kisses in greeting and was more than happy to just lounge while getting his treatment. 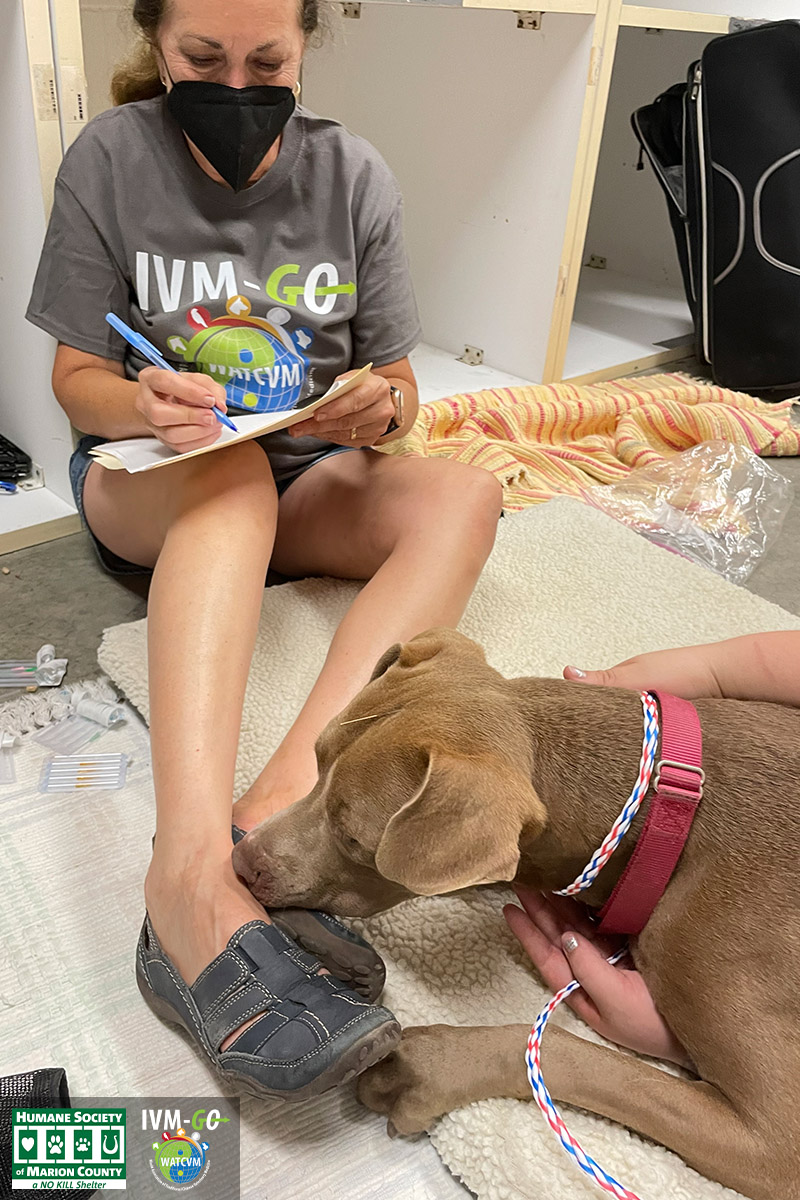 Conrad gets 'nosy' while his needles are working and Dr. Brannan adds notes to his exam forms 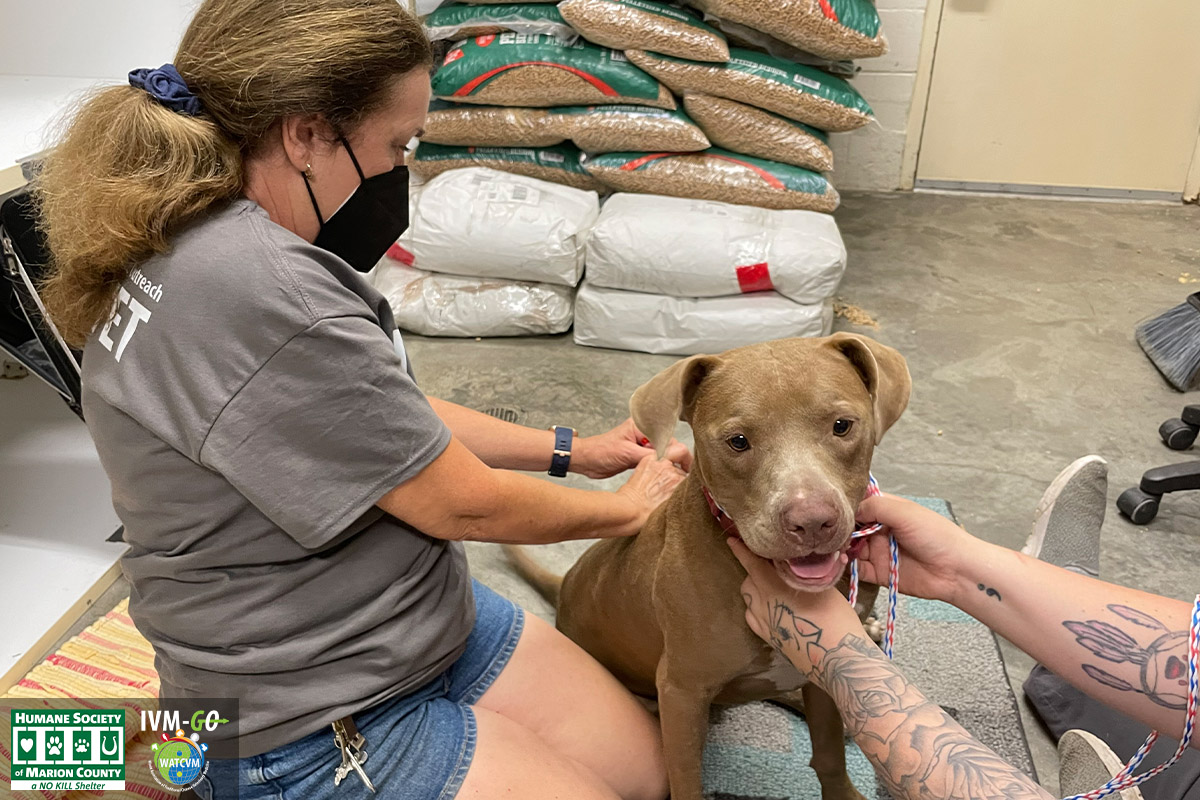 Josie was happy to see us again and a lot calmer on this visit, ready for some acupuncture. She had slipped and reinjured her hip and was limping heavily. However, after her treatment we saw definite improvement as she started redistributing her weight evenly on her hind legs instead of on one side. 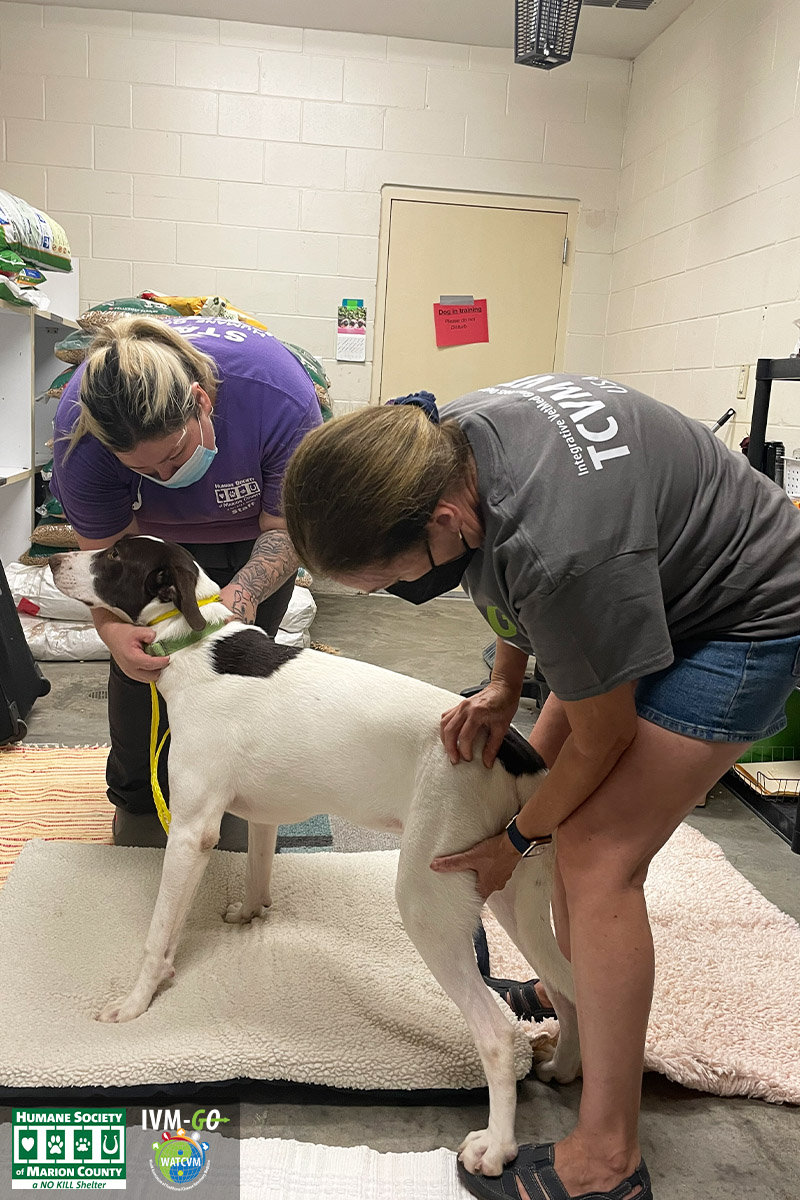 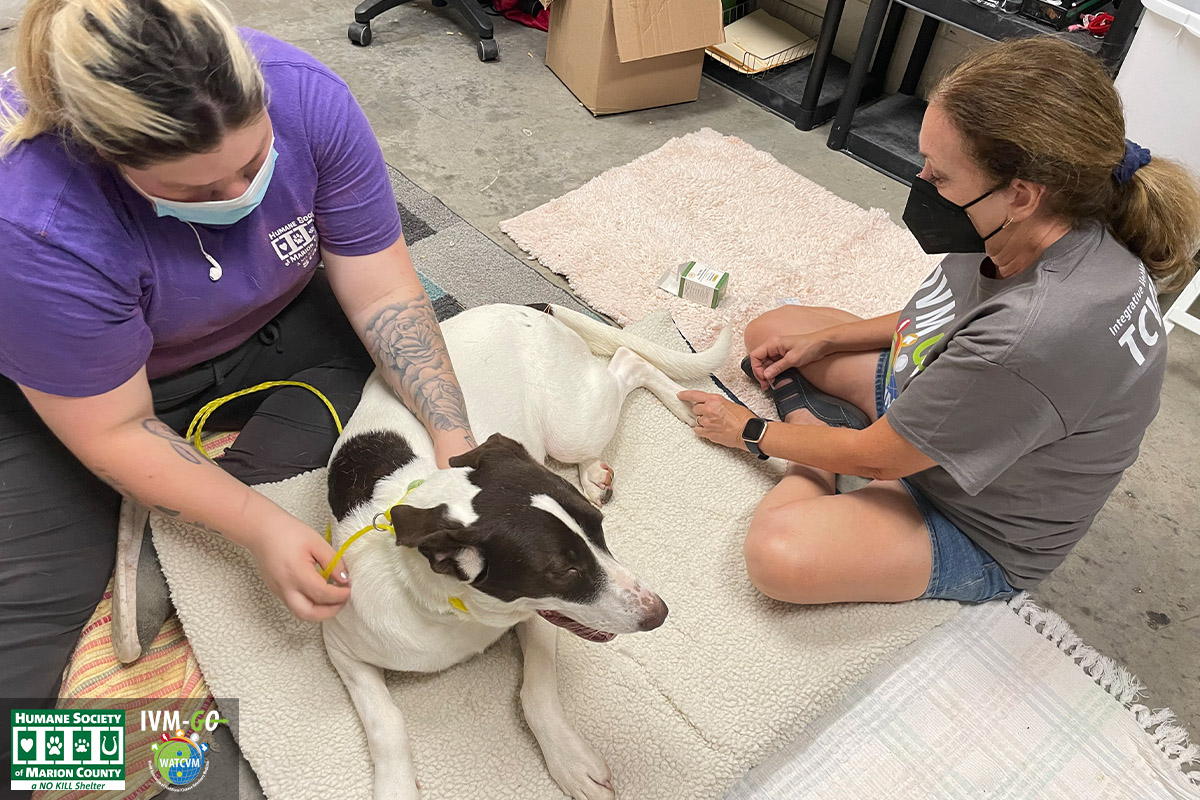 Josie relaxes while getting acupuncture